TV series are one of the very few ‘traditional’ media formats that continue to thrive in the current media landscape. In Europe, the format of TV series (i.e. serial audio-visual fictional narratives) has been surging for some time in terms of numbers of suppliers and consumers, as well as in shares of distributors’ offerings and consumers’ media use. Homegrown high-end original productions have become ‘calling cards’ for suppliers active in the European market(s). Subscription-based, pay-per-view, and advertising-based networks, as well as public service suppliers order and finance serial fiction. International players like Netflix, HBO, Sky, and Amazon invest in original (co-) productions in many countries. From a media economic perspective, the market entry of more and more ‘big tech’ and conglomerate players into the production and distribution of TV series is another indicator of the importance of the product TV series. The success of the format warrants extensive investigation. Nevertheless, compared to, e.g., cinema, ‘new’ media, and political communication, the attention of scholars in communication/media science and other disciplines still seems surprisingly modest, particularly in Europe. Some noteworthy European works on fictional TV series are Schlütz (2016), Redvall (2013), Gormász (2015), and the scientific journal Series – International Journal of TV Serial Narratives (series.unibo.it). Ursula Ganz’s work Signs of Time was accepted as a habilitation thesis in 2009, and an adapted form was published in 2018. The thesis thus represents somewhat of a European premiere in discussing in great detail and depth what the term ‘(audiovisual) cumulative narrative’ entails and how the central feature of accumulation impacts the analysis of narrative as communication and reflective stance. 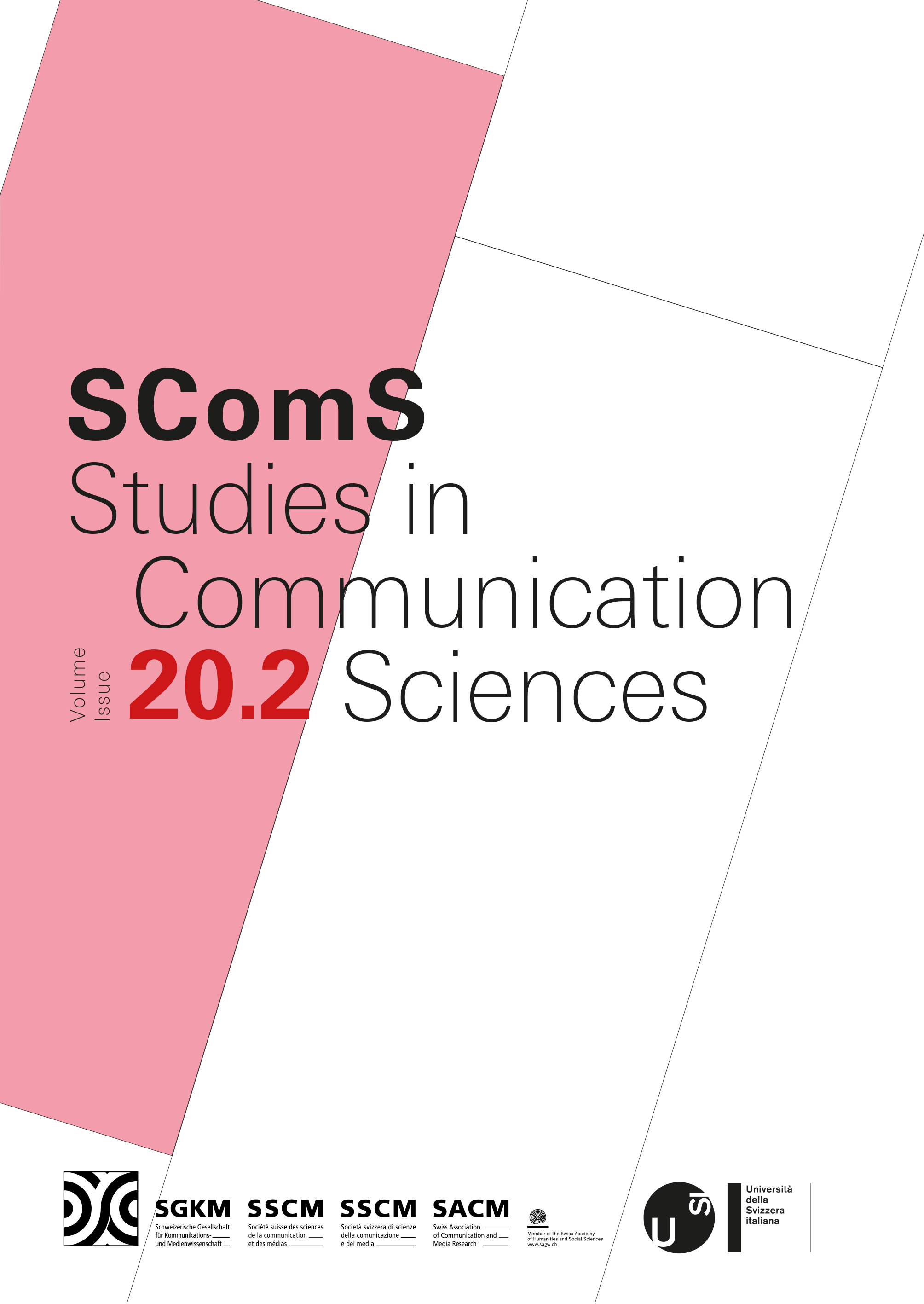 Vol. 20 No. 2: Studies in Communication Sciences

The electronic contributions in the Internet are distributed under the "Creative Commons Attribution – NonCommercial – NoDerivatives 4.0 International" - License (CC BY-NC-ND 4.0). This license allows others to share the work in any medium or format with an acknowledgement of the work's authorship and initial publication in [name of journal]. However, the work may not be altered or transformed and it may not be used for commercial purposes. These conditions are irrevocable. The full text of the license may be read under http://creativecommons.org/licenses/by-nc-nd/4.0/deed.en